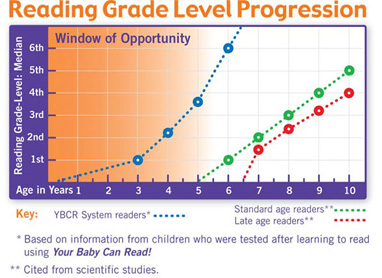 Within the private sector Martin Luther King was killed trying to align the morality of the nation to the blacks in the aftermath of the civil war’s sinfully inadequate resolution.  President Lincoln died due to the same sin. 600,000 citizens died in that war and the resolution of equal opportunity is not complete  Now the poverty of mom with at risk children was made a political hot button issue of power making what was moral into politics.  This leaves the total population of those at risk (white, brown, and black) mired in the secular without problem solving representation from the left.  Why is it political and why hasn’t the private sector morals trumped the public sector secular requirement years ago.  Real solutions are required to move the nation forward.

There are family issues opposed by the government.  Go Figure.  The father in 2020 cannot be replaced.  If he is missing the family is hurting.  Mom cannot fight the government when it excludes the generational solution of progress from beliefs, family networks, education, asset building, and work.  She does not have the power, she will never have the power until the private sector GIVES it to her.  What do we want that gift to look like?  It is a pretty typical gift.

The sin of slavery and the reconstruction became political because there was a sucker punching.  The Christian not thinking about power and political gain allowed those who reject the individual spirit in the nation also reject God’s plan for the USA.

The government failed to fix liberty, equal opportunity, freedom for all.  The private sector failed to care at the time.  The lack of personal opportunity spread into all of urban society because it was allowed. The government was expected to step in and the major solution for children at risk became Head Start and the integrated spiritless public school districts.  Several notable results were less emphasis on God and family and more on the government that also allowed abortions and low-quality outcome schools.

We have arrived today with the education, economic, emotions and ethic of citizens who cannot be fully employed and must be bailed out one-by-one by the private sector.  The government cannot do (because of constraints around the individual spirit) what individuals must do to become economic.  Only the private sector can make sure the remedial energy boosts the unusable employee capabilities after the Godless school years deliver worst, bad and some good urban outcomes.  This lack of adequate outcomes will continue without first things first real action.

Do you want your child to have a projected future income of 2 million dollars, or less; or, one of 4 million dollars, or more?  This is not your projection to realize, it is your child’s.  Who is helping your child to good, better or best outcomes?  Does the child know he is in trouble at age 6?  Does mom know her child is in trouble at age 3? God’s plan is that the individual has God and those who believe as a strength. The government is not helping that; is no match as a replacement for God.  The heart of the individual is missing God’s strength.

The lack of God the father in the life of the mother and child leaves a void and the government is not designed to fill it and has even gotten noisy to distract us from their capacity constraint.  This is a spiritual void.  Mother with at risk child is the turning point.  Risk reduction is the first things first ADD BACK that the private sector must deliver as an extra to create a new individual spirit that has a positive expectation.  The government can’t deliver to mother and child the required one-size-fits-one mentoring of early reading skills delivered for a ringing advantage measured as good, better or best outcomes.

When Christians and other good efforts hit back with the prompting of expected better and best outcomes for mother and children, they are batting for results from 100% of the population not just the black population.  It does not need to be addressed as a racial issue.  This is a way around the Social Justice Warrior and the Congressional Black Caucus obstruction to retain power in our society today.

As President Trump has said the past is the past and we are only looking to the future, politics be damned, as God blesses America.

What gift will be enough to register the individual spirit of our poorest to recover for themselves the belief, family networks, education, asset building, and work for the next generation.  Who is the most powerful private sector company in the world?  Contact me with your thoughts.