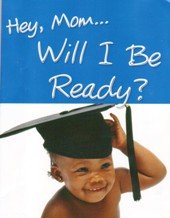 For the sake of discussion with Mom, what is First Things First?

For the sake of discussion with the investor class; Who would not make this investment?

Mother and family must be convinced that her child has a better or best future with early writing, reading, math and positive expectation skills and a present value of positive expectation for having those skills from early (age 0-6) learning.  This must be valued in the private sector. Some mothers and families are in this system to create value way into the future and other are not.  The present value concepts bring the difference in expectation of the future into the present, so it clearly becomes evident, measurable and bankable much like growing an apple tree from a sampling.  Just a regular economic in a free society to choose the work of growth, or not.

Bankers need to be convinced that the present value assigned to early learning is reasonable, so it is bankable.  Who is going to pay for it?  This market value assumption ends up creating real money (achieved outcomes over irreversible time) in the private sector economics.  This pricing of PVofPE-Prek and its promotion as social gap understanding gives rise to the market value of each child in the system of early childhood development.  Neural synaptic networks created within each brain designed by our maker are to be filled with knowledge connections; and will close and disappear without connecting the networks to the knowledge after the age of 5-7.  The closings without connection make it harder to learn language, math and positive expectations later, the gap is created, and recovery is most difficult.

Investors (parents) will for the sake of economics and social development do first things first on the basis of; historically this is how we do it; or, on the basis of the science; or, OMG this is important to success of everyone in anyway it is defined.  This is where the FED steps in if mom and parents cannot do the delivery.  Because in their wisdom they have stepped into almost every requirement of monetary policy financial success facing constraint and bottlenecks.  Overall, they have been far more generous with citizens who already have money and unfairly gifting to those who need to accumulate the soft assets before the hard cash-based assets. 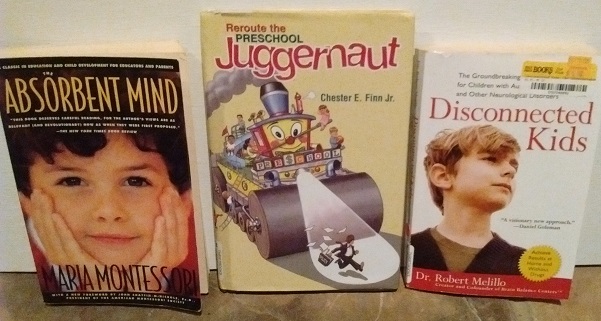 This is a subject better covered by Professor Heckman from the University of Chicago regarding Early Education and Early Child Development.  The real NewOldMoney subject addressed by Professor Heckman springs into this websites positive expectation story.  Click Here   This with 15 other dots that need to be connected so equality among individuals can be expected at age 6 within our great nation of equal opportunity.  NewOldMoney as seen in the 21st century light by the banker and investor springs from the concept that worst, bad, good, better and best can be valued at market at age 6 based on what we know today about future income expectations and how well the age 0-6 best outcomes have been achieved.  Parenting continues whether this is known for each child or not.  So, you must say the PVofPE-Prek really exists whether it is valued, known and used in child development or not. 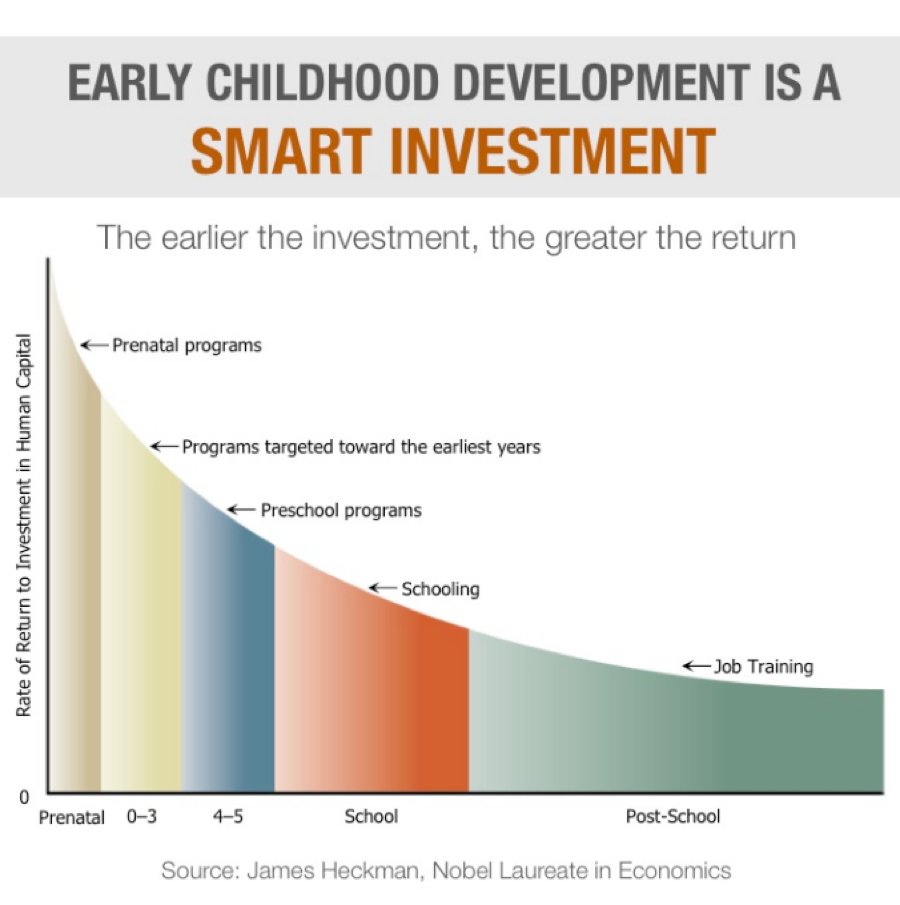 I am leaving the direction above with the statement that for practical purposes until we know better there is little risk to being wrong if we just work with published data put into ranges that allow us to create assumptions of minimums: Best has a market value of $750,000; Better is $600,000; Good is 450,000; Bad is $150,000; and Worst is $0.  The scope of these values applies to the mass of every-day We the People.  The high end excludes the individual with more than a 16-year accumulation of presently available education.

Excluded are those who are burdened or succumb to the risk, having smaller expected earnings levels and little present value (for expected 45 years of future work) as evidenced by that demonstrated recorded and reported.  This is considered below the floor of 1,750,000 lifetime earnings and risks exceeding a compounded 10%.

The floor is 1,750,000 lifetime earnings through age 67 and given the risk of living at the floor no present value at age-22 or at age-6 can be attached to this level of earnings.    Not only are lifetime earnings lower but the risk is higher.  Expectations are overwhelmed by risk day to day and year to year.  As a result, the present value is nothing anyone would invest in for a ROI at age 22.  Without a change in prospects due to luck or something unusual the present value of the next 45-50 years is $0 or lower.

Excluded are those on such a fast track who have credentials at age-22 that give rise to extremely low risk and “unlimited” opportunity to earn at age-22.  Such that they as individuals go on to school after the 16th year and exceed the expectations that a young adult has from 16 years of education and learning for a trade.  This is considered above the ceiling.  We use the age-22 ceiling and valuation of a future limited to that which can be expected in a normal course of life, we have stopped increasing the expectation at $3,500,000.  Those with expectations over that are special and excluded as far as our age-6 market value assumption calculations go.

This is a picture from a 44-page AICPA Valuation Booklet of Small Business Consulting published 60 years ago now replaced by thousands of pages.

My imprecise calculations are included, Click Here.   The FED will need to imagine and create from scratch the range of values for good, better and best.  We used Individual earning streams demonstrated and reported in the works of Michael Cox and Richard Alm published in 2012 after complied by the George W. Bush Foundation.  See chapter 2 pages 10-14 of The 4% Solution Unleashing the Economic Growth America Needs.

This reveals what we all know. (In 000’s of dollars) on the scale of high school.

We must cover being imprecise with a story.  Imprecise is  less and less as delivery of learning gets earlier and earliest. The private sector understands the value of credentials, plus emotional intelligence.  The community needs every family and business and non-business organization, including the faith base and the schools to reprioritization along the lines of there is a Present Value of Positive Expectations from Pre-k.  In fact, the time to project the value is a 6-years old, before public education starts.  Mom’s influence of the subsequent public education systemic delivery is more and to the better when her child has better and best early education skills:

An interesting powerful story that deals with this value is The Street Lawyer by John Grisham, on pages 406 and 425 of the paperback. At least read the end of the story from page 370 because it is much more than a present value calculation when public perception is added, and fingers start pointing at what was done and not done by the strongest for the weakest. It ends with a Good Samaritan reflection, but our concentration is on the value of an at risk pre-k child before and after alleged wrongdoing and cascading positioning. We will use bullet points to summarize the story.

·         Very prominent business acts and under values the worth of a mom and 4 children most at risk.

·         A law is broken and other events cascade resulting in their death.

·         The business wanted to value the lives of the preschoolers at $50,000 because the children were going nowhere based on mom’s development. Highly likely, the children would remain in poverty.

·         The courts in valuing wrongful deaths have said the positive expectation cannot be considered outside of reasonable evidence and tracking toward estimates of realized economic expectation.

·         However, the plaintiff placed a value on each child at $1,000,000 because that is the minimum value the business would ask for, if it were their partner’s or employee’s children.

·         So, the courts will project value based on probable expectations evidenced by …; to include readiness and very informal comparison to expectations based on peer group.

·         The business knew they would not win the case in the eyes of the public, or a jury and was going to do everything they could to settle. The plaintiff wanted a public trial to increase the settlement value.

·         The case was already being tried in the newspaper and the good name of the business was depreciating as the claim gave rise to negative reports of wrongdoing.

·         The business had no defense for not doing what they could have done. They ignored the law and damaged the weak family. The extended family could not be found but it made no difference.

·         The marketed image of the business, its perception in the public was being damaged anew each day and the powerful owners of the company could do nothing about it. The leverage to make it stop existed in the grassroots not the boardroom.

·         The story case settled at the $1,000,000 per child level, made reasonable with time payments that ignore interest and inflation but fully considered risk. It triggered the wise old leader of the business to emotionally think about first things first right the first time and act to fill in the gaps they could address with reestablished generosity.

The point we want to make with the story is that the $750,000 PVofPE-Prek is so very reasonable from the top down. Just the emotional and ethical thinking of what can be simply done first things first right the first time for all age 0-6 children should be the thought of the decade, the turning and the century.  Read the book and see the PVofPE-Prek in everyone's life. 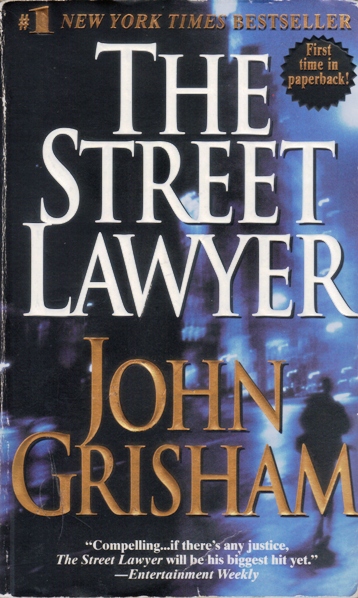